Talking about art requires delicacy and infinite kindness of soul.
Art is everywhere, in nature and in small things, in a pen, in a musical instrument, in a brush, in a movement or in a voice. It exists in the creative capacity of every single human being, in curiosity and discovery.
Art, all art, is an immersive, sensorial experience; it's a shiver under the skin, it's an emotion all of a sudden...
It is to discover, on a July evening, how a painting sounds... 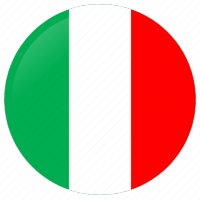 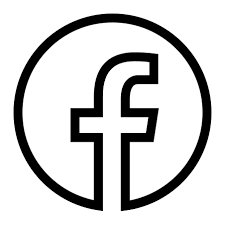 "I always asked myself how a “painting” sounded…" 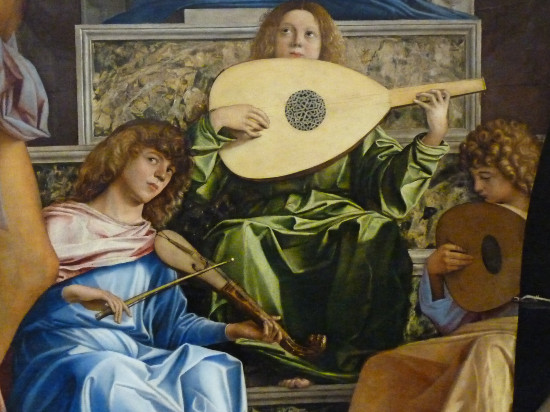 "…and trying to discover this has been a fantastic experience…" 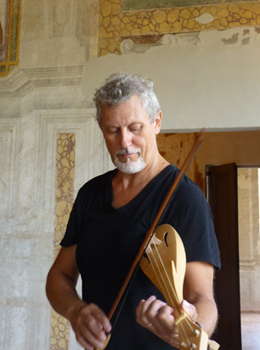 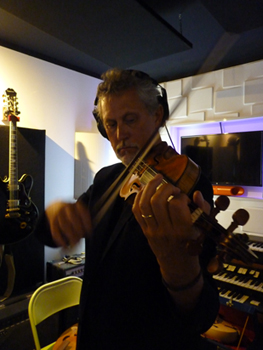 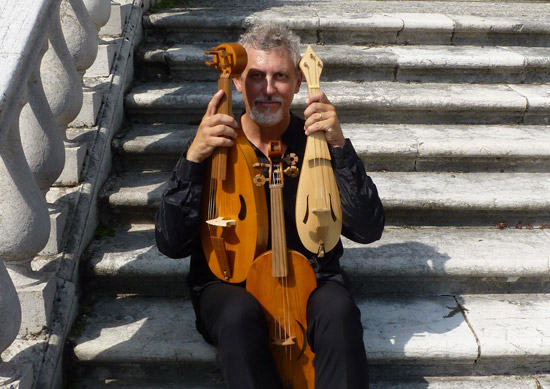 "It happened in Italy" Official Video

"To look for ancient sounds meant to get to know the Instruments and to get close to the way of playing them, trying to discover their instrumental technique.

a job half way between exploring Antique Music and Compose new repertoire, looking for the expressive limits of each Instrument."

Everything about Music has a universal character; it’s by everyone and for everyone! The background of the Violin’s origins, that I am exploring, using sounds and images, with my project “Accadde in Italia”, was in fact based throughout all Europe and in all the Countries that, during the Middle Ages and Renaissance periods, were developing their musical culture.

The infinite blossoming of Instruments was a phenomenon without boundaries, and the experiences that travelled around thanks to the fantasy and abilities of Minstrels, Singers, Troubadours and Religious figures, whom for centuries meant that Music was considered “the most efficient instrument of knowledge” (cit. G. Duby), not forgetting the technical talents which were ever developing of the instruments makers, whilst not belonging to a specific category, dedicated their talents to instruments ever more refined.

After every brain storm there is always someone who leads the way, summing up in a concise concept that which was to became a crucible of ideas and innovations; “It happened in Italy” begins from the instruments’ origins in the year 1000 with an inevitable drastic selection and follows through the evolution up until the 500’s; and it is in this moment that a miracle happened: from a mix of ideas a precise synthesis was born!

The Violin, in fact, was born towards the end of the 16th Century at the end of a fabulous development of stringed instruments; everything that worked previously was to be used, eliminating every hindrance and so the perfect “object” was created.

The shape, measures and tuning we use in the present day are identical to 500 years ago! Not only, it gave life to a family of instruments that during the ages has contributed to the history of Music” Only a small number of objects can boast a similar primacy.

This wonderful synthesis took place in a very precise time and place: without restricting it to a particular city or name, it all happened in a small northern area of Italy between Brescia and Cremona and together with the Violin was born its maker: the Luthier; the mixture of maker and Violin, reaching the heights of humans creativity, then made its return into the world creating an infinite range of sounds.

And all this, Happened in Italy!